Original Nike Mags From Back To The Future II Auctioned Off For An Insane $92,100

Original Nike Mags From Back To The Future II Auctioned Off For An Insane $92,100

One of the holiest grails in the sneaker world is without a doubt, the Nike Mags, the self-lacing sneakers worn by Marty McFly in Back To The Future II. Nike was tasked by creating a futuristic self-lacing shoe that would exist in the year 2015.

The Creator of Nike Mags

Tinker Hatfield, the greatest footwear designer of all time came up with the hands free self -lacing technology, blinking neon lights and the grey/blue colour scheme for the vintage original Nike Mags worn by Marty McFly in Back To The Future II.

In 2011 Nike for the very first time released Nike Mags to the public through auctioning 1510 pairs exclusively through eBay and live auctions at various Nike stores, but these Nike Mags did not yet feature the “Power Laces” technology.

In 2016 Nike finally realised their dream of releasing the first Nike Mags with self-lacing technology. These Nike Mags were not made available to the public, but could only be obtained through a raffle, with proceeds of both the 2011 and 2016 releases going directly to the Michael J. Fox Foundation For Parkinson’s Research. The raffle tickets were priced at $10 each, but there was no limit as to how many tickets you could buy to enter the raffle competition.

The original left-side Nike Mag shoe has sold for an incredible amount of $92 100 on eBay. This particular sneaker which was created for the movie, Back To The Future II auctioned for nearly three times the amount that a complete pair auctioned in London in September 2018. 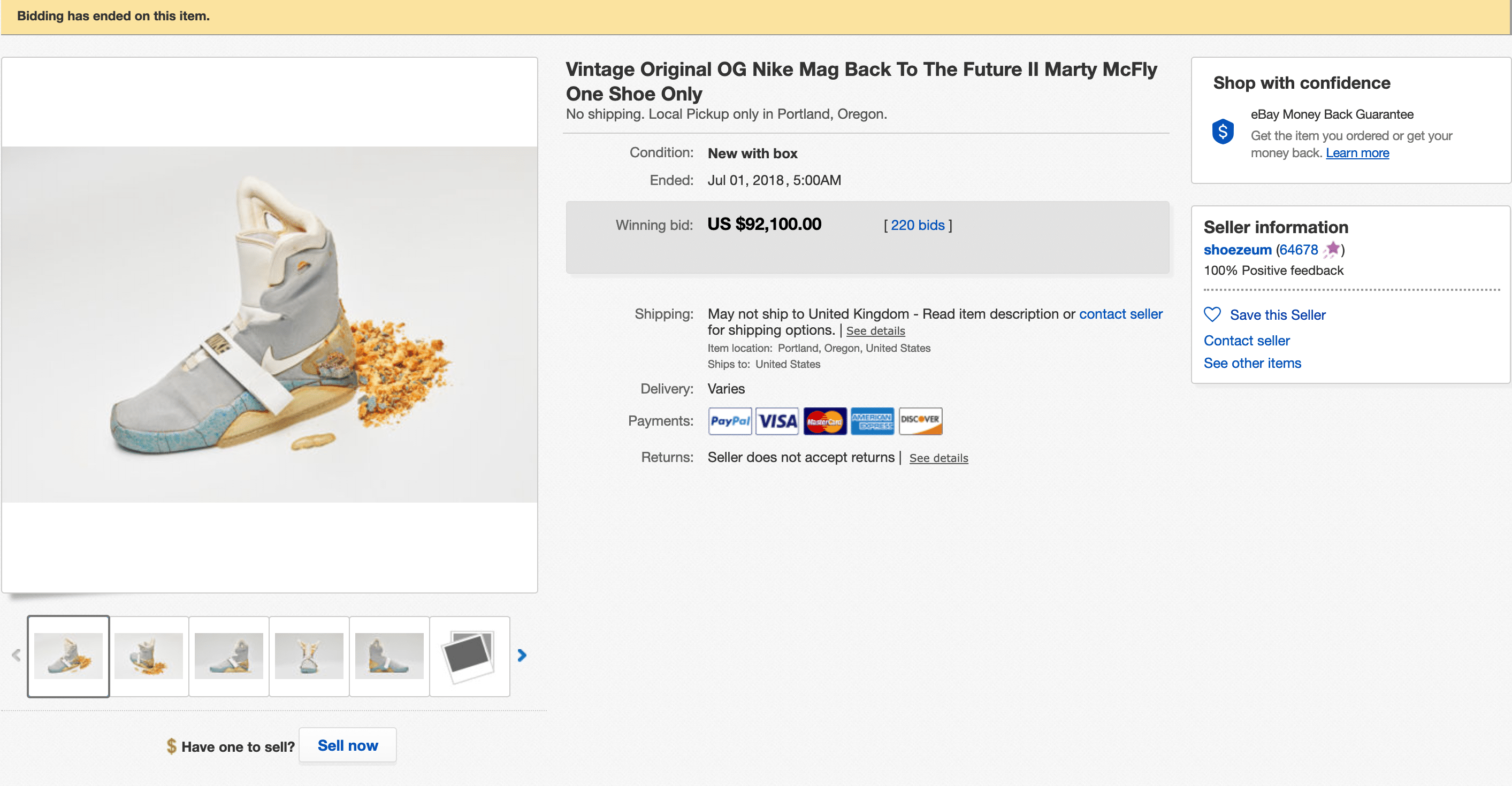 As you can see in the screenshot above, the Nike Mag sneaker has started to disintegrate due to old age, as the movie Back To The Future II was created back in 1989. You can go and view more images of the Nike Mag on eBay and zoom in by visiting this link.

But wait … you might say: “Is this information not a little bit old news now, why are you mentioning it now?”

Well, ladies and gentleman, because Nike just released its first ever self-lacing basketball sneaker, called The Nike Adapt BB and for the first time it is now possible for the public to buy self-lacing sneaker technology from Nike at a much more affordable price of $350 in comparison to when they first released the Nike Hyperadapt 1.0 cross trainer in 2016 at an insane price of $720. Nike realised that a price of $720 is not sustainable when offered to the public as there are just not that many people that are prepared to pay that kind of price for a pair of trainers. So in my mind this is quite an epic and historic moment and for this reason I felt that it was appropriate to share the history behind the development of Nike self-lacing technology. 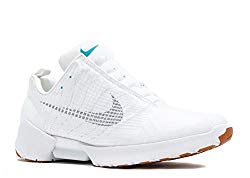 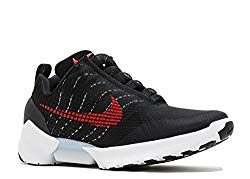 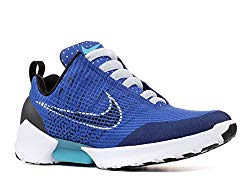 An Interesting Question I Forgot To Ask

This site uses functional cookies and external scripts to improve your experience.

NOTE: These settings will only apply to the browser and device you are currently using.